The other World Cup

Just a few days before the start of the FIFA World Cup in Brazil, another World Cup took place in the northern hemisphere, with the champion hailing from a small county that last existed 150 years ago. It extended across portions of Italy and France and was called Contea de Nissa. Ostersund, the hosting town, is part of Sweden. But the Sami, a nomadic population of reindeer herders, consider it the southern capital of Sapmi – also known as Lappland – a region that includes the northern portions of Norway, Sweden, Finland, and Russia.

The tournament was hosted by the recently founded Confederation of Independent Football Associations (CONIFA), a football organisation made up of teams hailing from disputed territories and long-extinct nations not affiliated with FIFA. This alternative tournament featured 12 teams, including Abkhazia and South Ossetia, separatist territories that are formally part of the Republic of Georgia; Nagorno-Karabakh, the focal point of an unsettled conflict between Azerbaijan and Armenia; Darfur, a strife-torn region of western Sudan; Kurdistan; Tamil Eelam, a proposed state within Sri Lanka; the Arameans – a team representing the descendants of the Assyro-Babylonian people; and clubs from long-lost European states such as Occitania and Padania.

“There is no prize in cash. Players that normally just represent local clubs are now competing for their whole region, and are bringing home pride and dignity for their people,” said Per-Anders Lund, the president of CONIFA.”I will [hold] this tournament forever in my heart,” said footballer Valery Makiev, 28, from South Ossetia. “I discovered how good people are also outside my own country.” 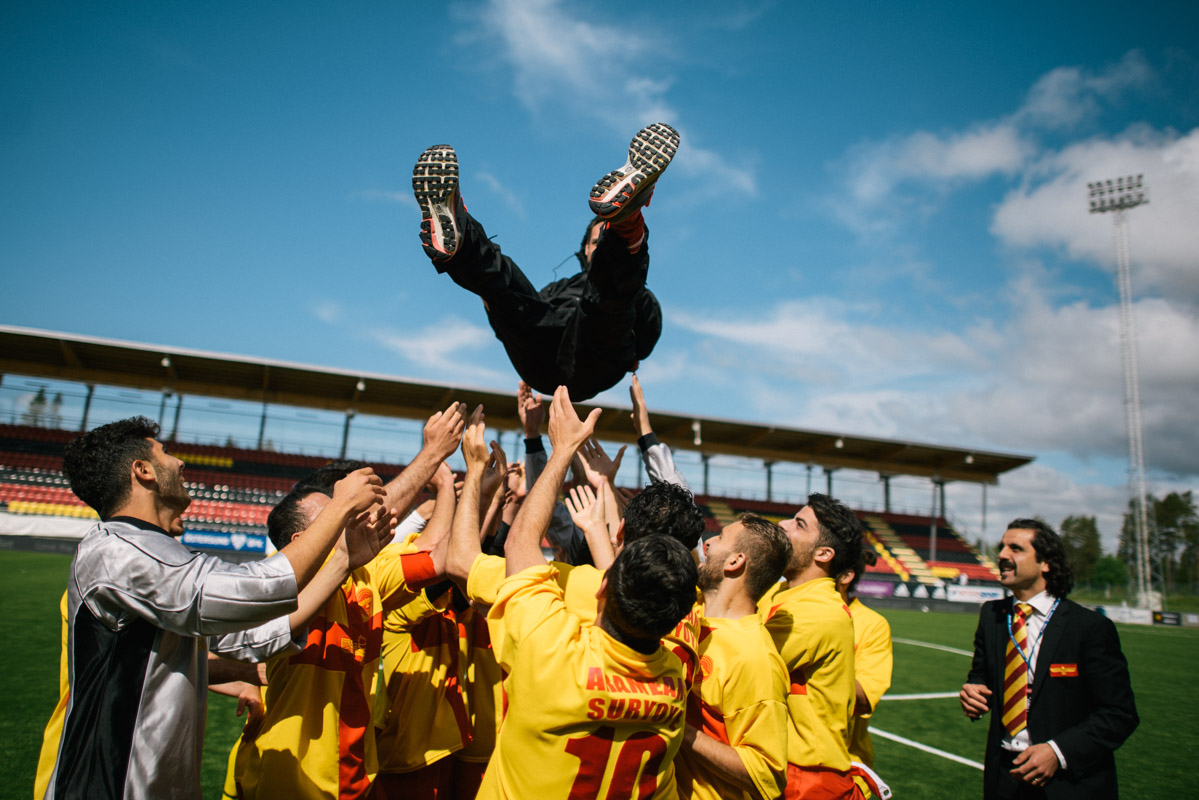 Aramean Suryoye celebrating the bronze medal. A sizeable proportion of the population of Syria and Mesopotamia identify as Arameans-Syriacs, they are Christians and still speak their language: Aramaic. 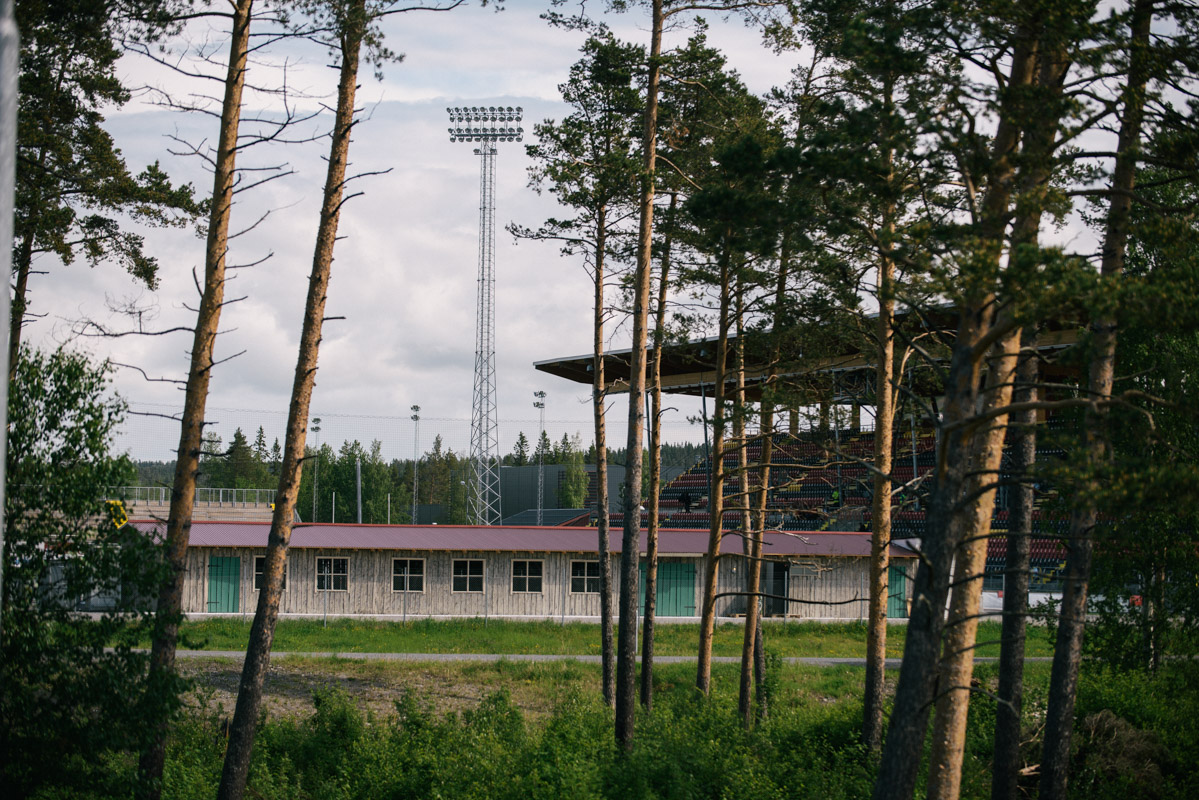 The stadium of the World Cup, Jämkraft Arena, in Östersund, Sweden. The town is also known to Sami people as Stare. Sapmi, the land of Sami extend through Sweden, Norway and Russia. 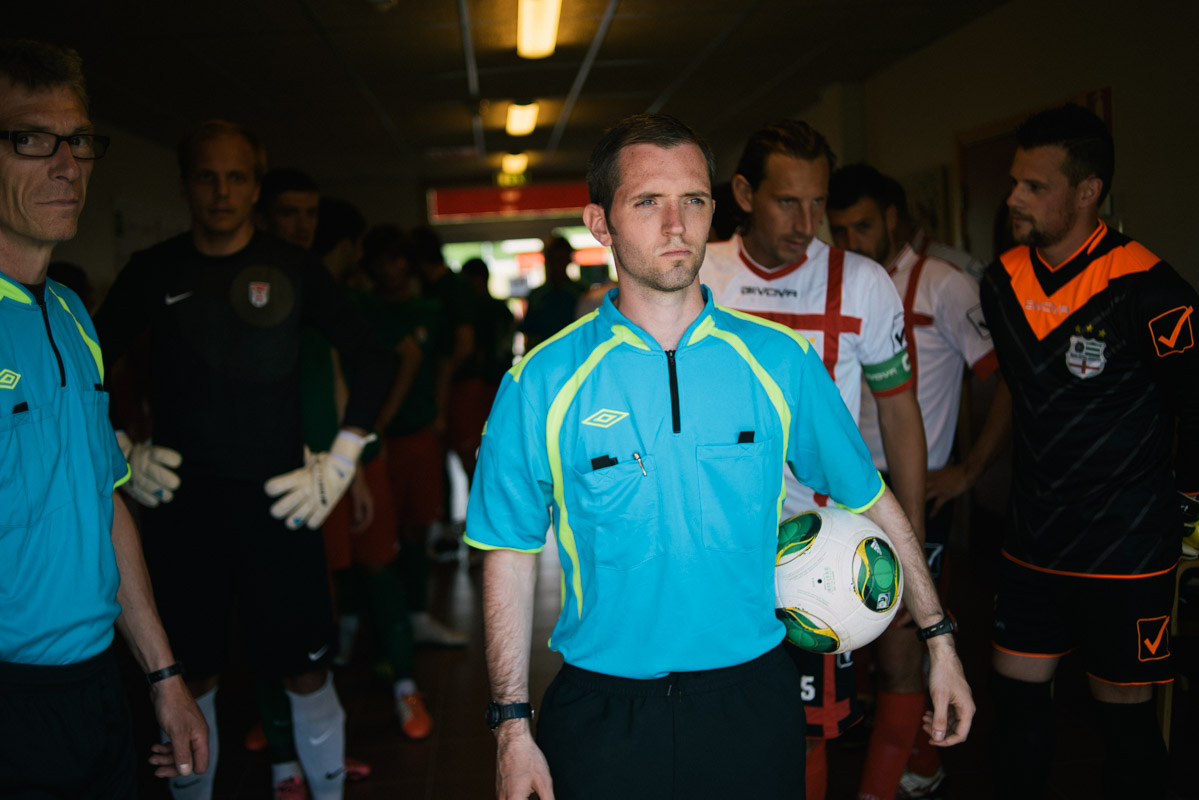 Referees and the teams of Abkhazia and Padania line up before the match. Abkhazia is a disputed territory claimed by the Republic of Georgia, while Padania is the ideal region of northern Italy. Lega Lombarda, a political party that supports the federalisation of Italy, created the concept of Padania during the 1990s. 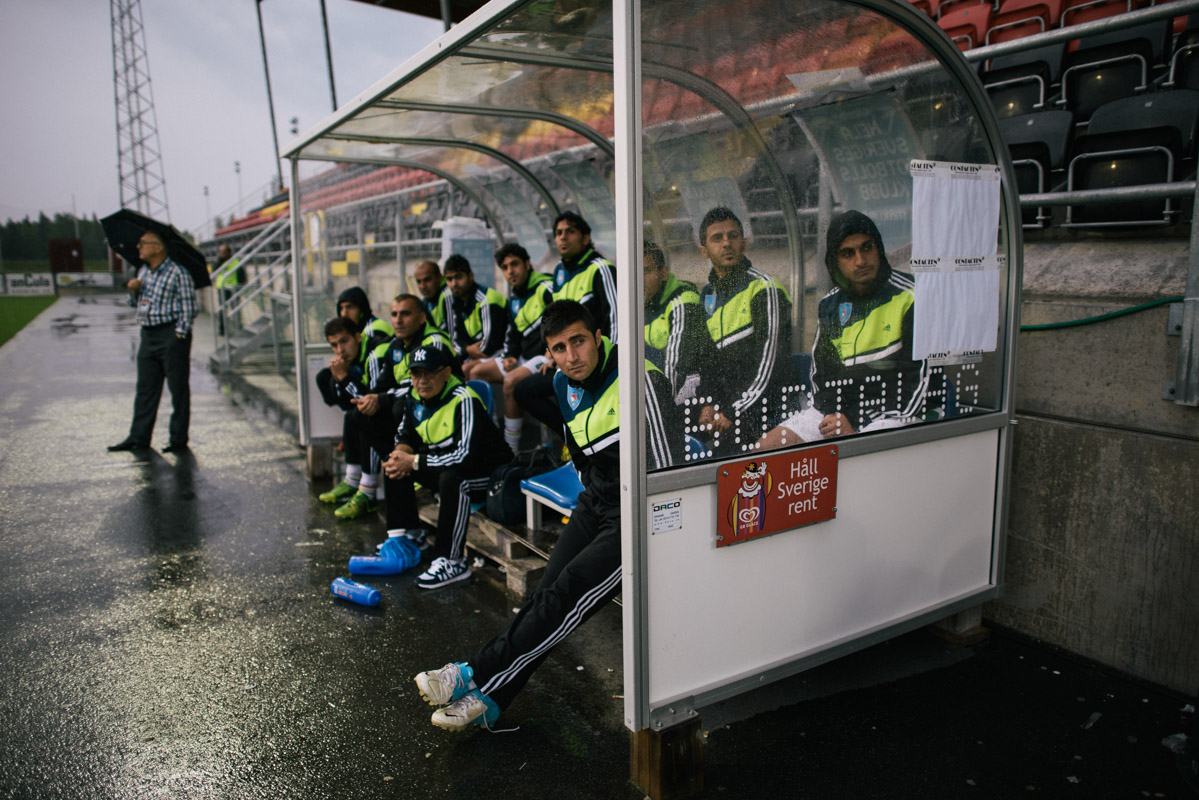 Kurdistan’s bench observes the game against Padania. The land inhabited by Kurdish people spans between Iraq, Turkey, Iran and Syria. While Padania players are mostly amateurs, the Kurdish players come from professional leagues. 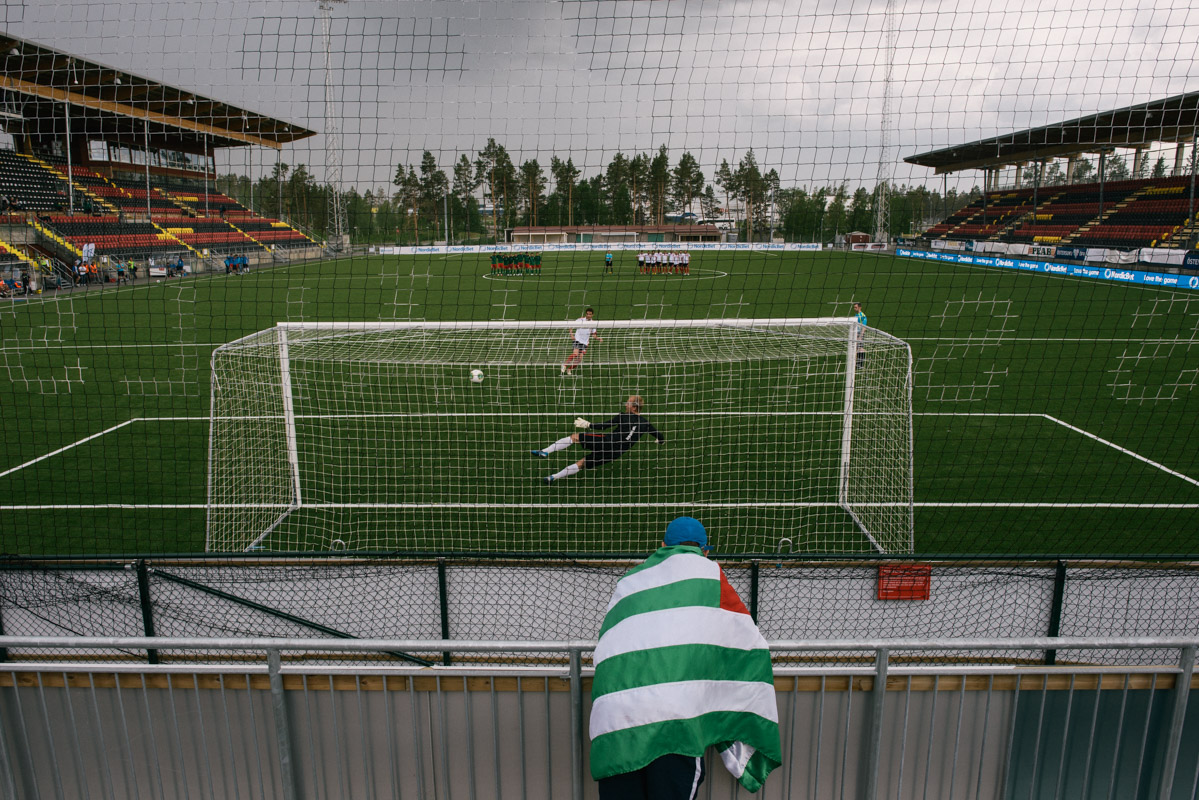 Abkhazia receiving a gol from Padania during penalties. Abkhazia will win the placement match. 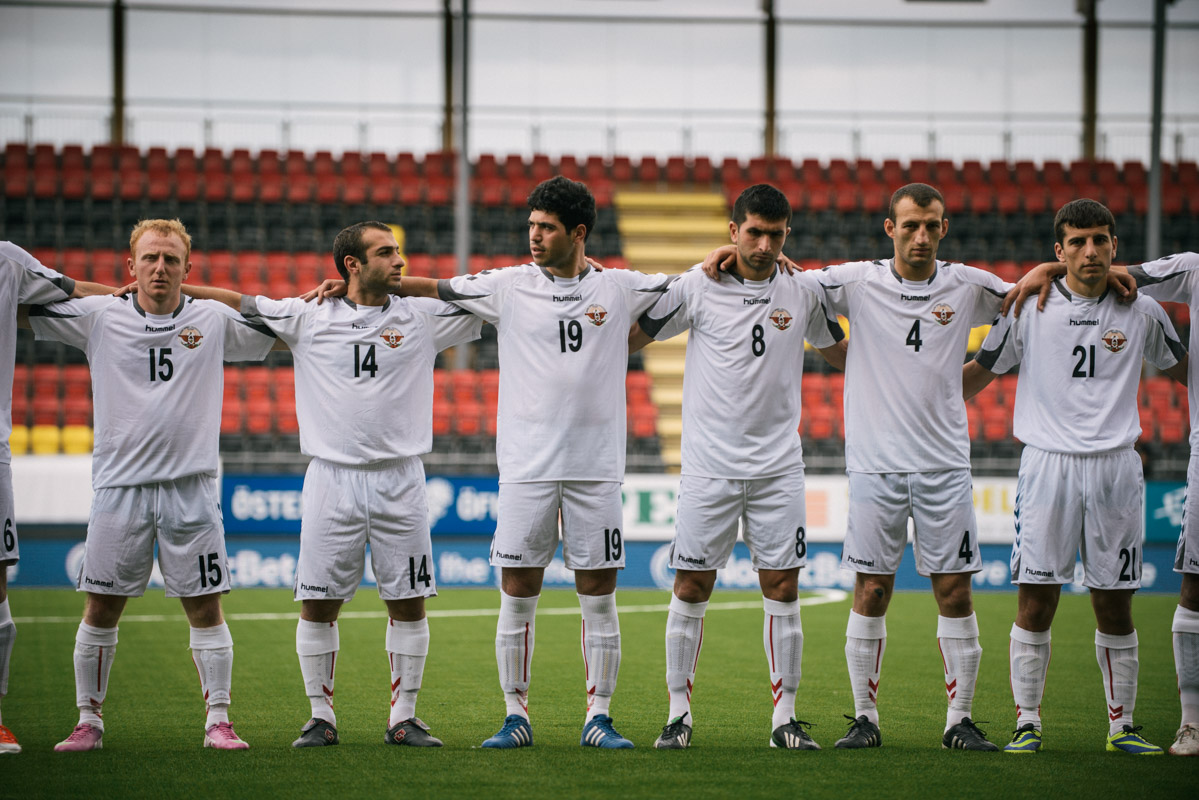 The Nagorno-Karabakh team stands during the playing of the national anthems before a game. Although the football federation of Azerbaijan requested that CONIFA prevent the breakaway republic from participating, CONIFA declined to do so. 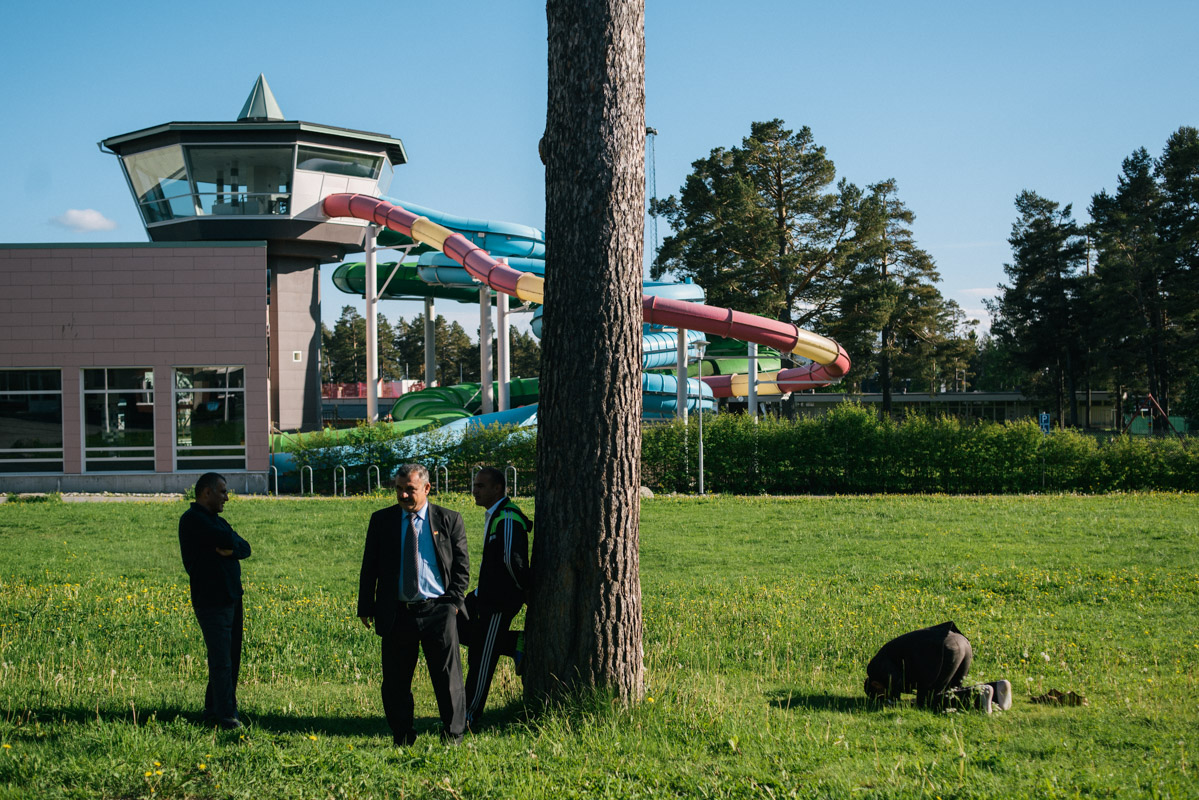 A member of the Kurdish team prays outside the aquatic park of Östersund. 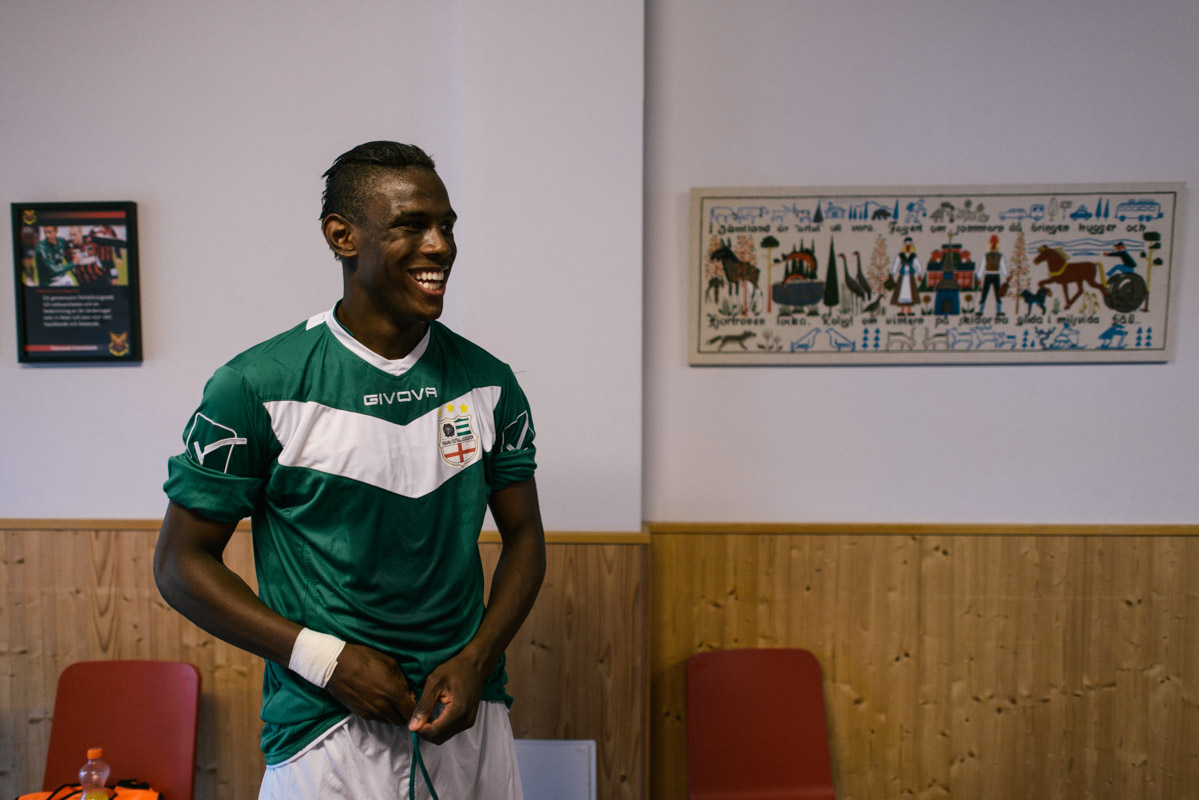 Enock Barwuah, the younger brother of “Super Mario” Balotelli, the legendary AC Milan striker moments before the match. “I find natural to play with Padania since I was born there” – he says, “but actually I would prefer to play with the Italian national team”. 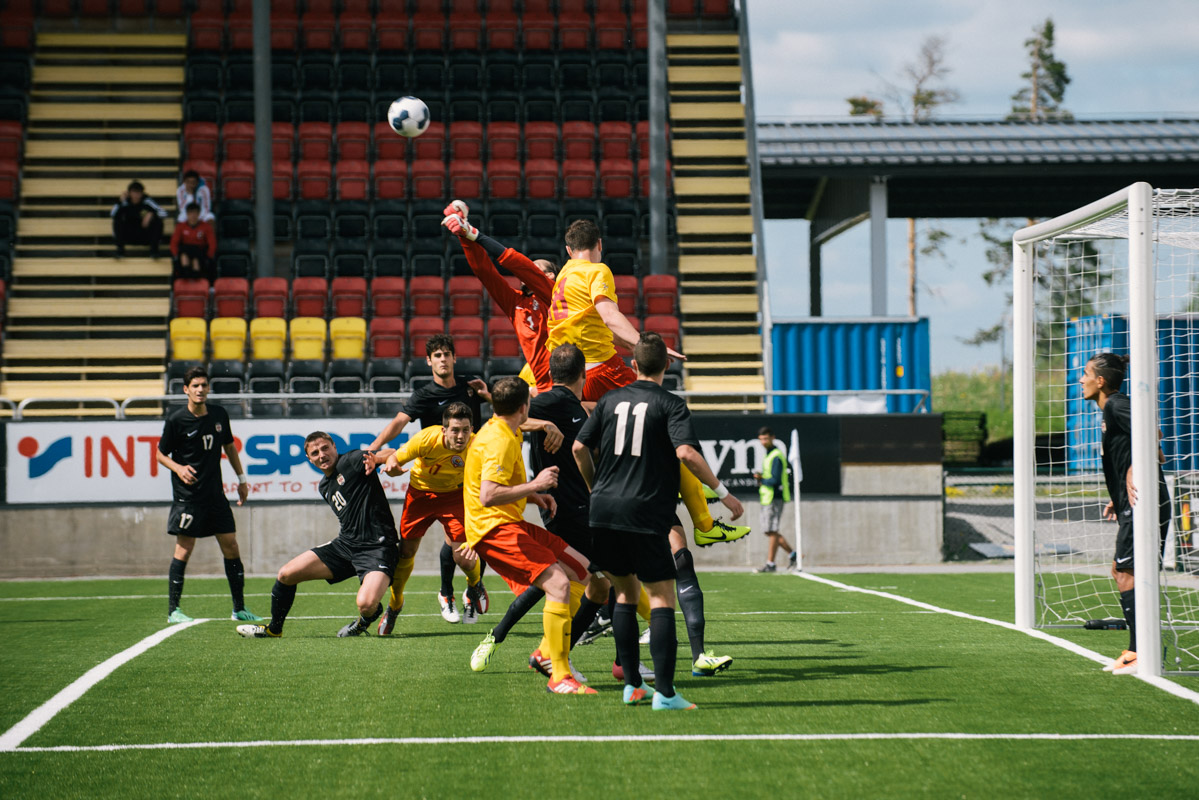 Ellan Vannin and Contea de Nissa face off in the finals. After the match ended in a tie, Ellan Vannin lost the game during penalties. 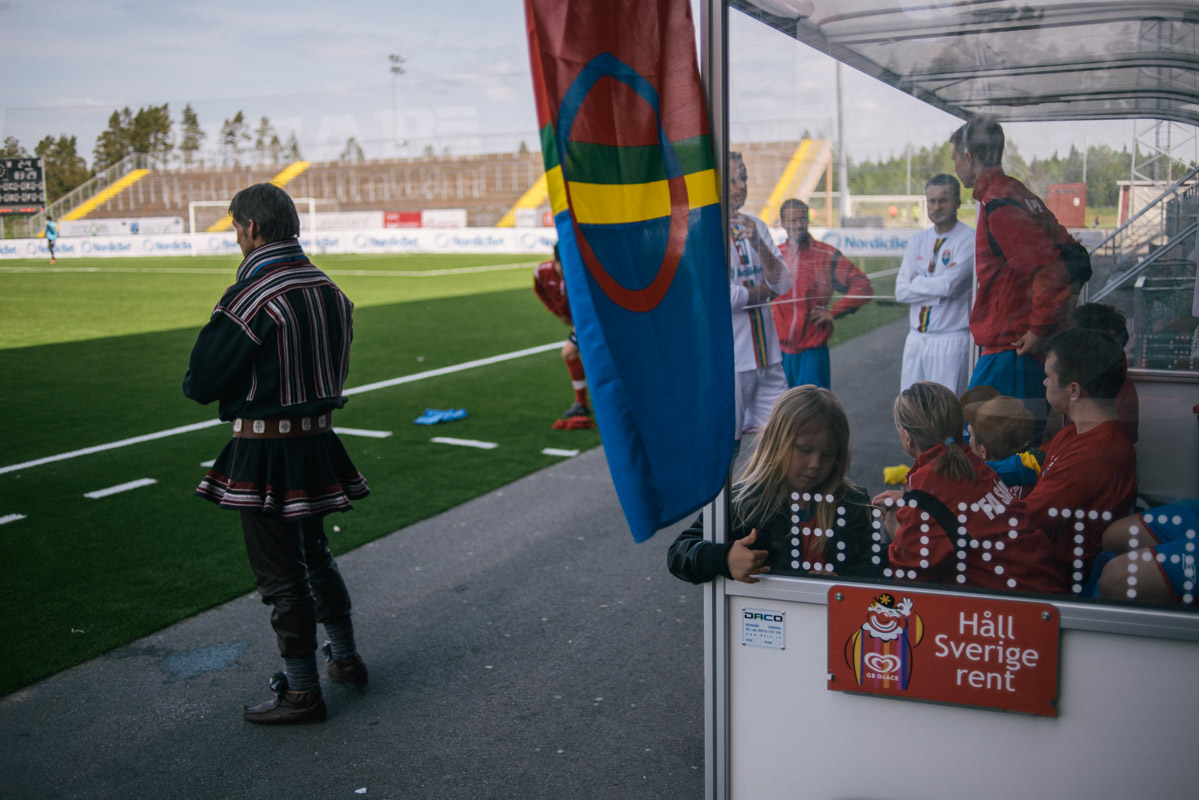 Supporters of Sapmi watch their team. Sapmi is the name of the cultural region traditionally inhabited by the Sami people, or Lapplanders. Although no political organisation advocates secession, several groups desire more autonomy for the region’s indigenous population.

Players of South Ossetia during a break indulge in the national summer sport of Sweden: Mini-Golf. Although declared indipendence from Georgia in 1991 South Ossetia was the last born among the unrecognised nation of Southern Caucasus after the 2008 war between Russia and Georgia. 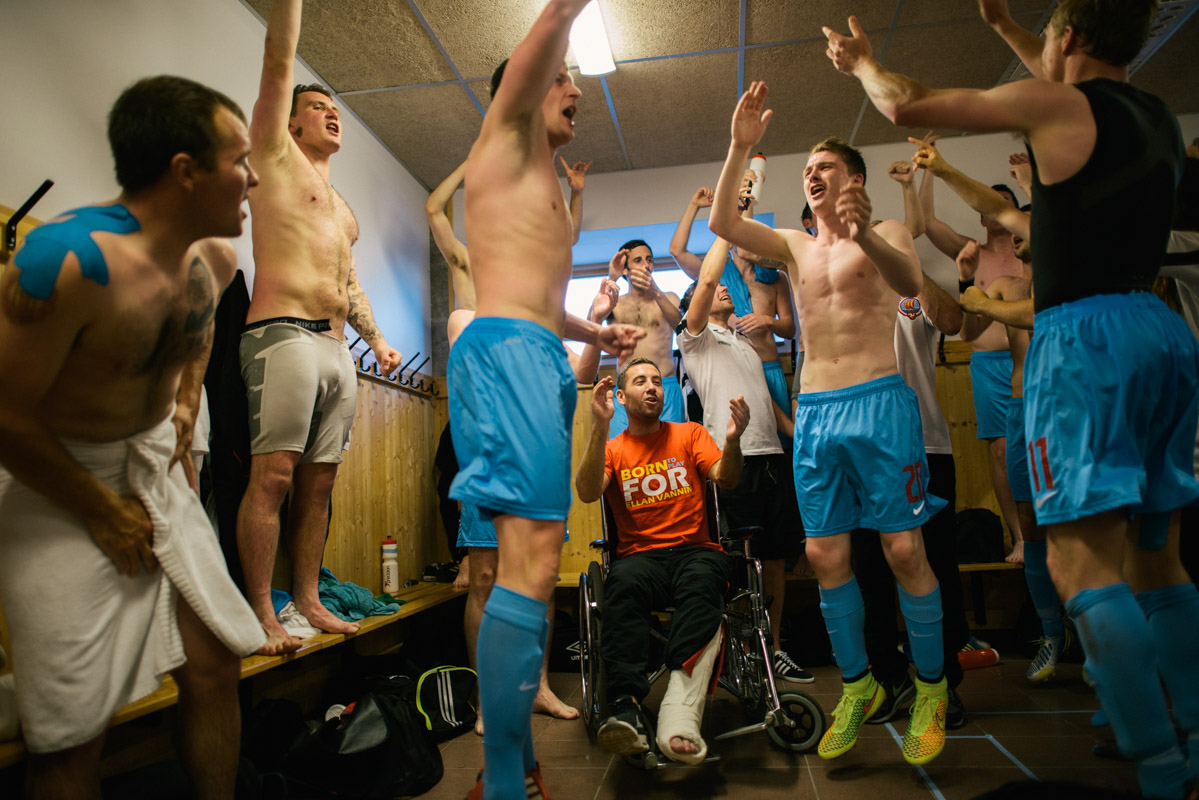 Locker Room of Ellan Vannin after the semi final victory against Arameans Suryoye. Ellan Vannin is the local name for the Isle of Man, a self-governing British Crown Dependency located between Northern Ireland and Scotland. James McStay broke his leg in an earlier match against Kurdistan. 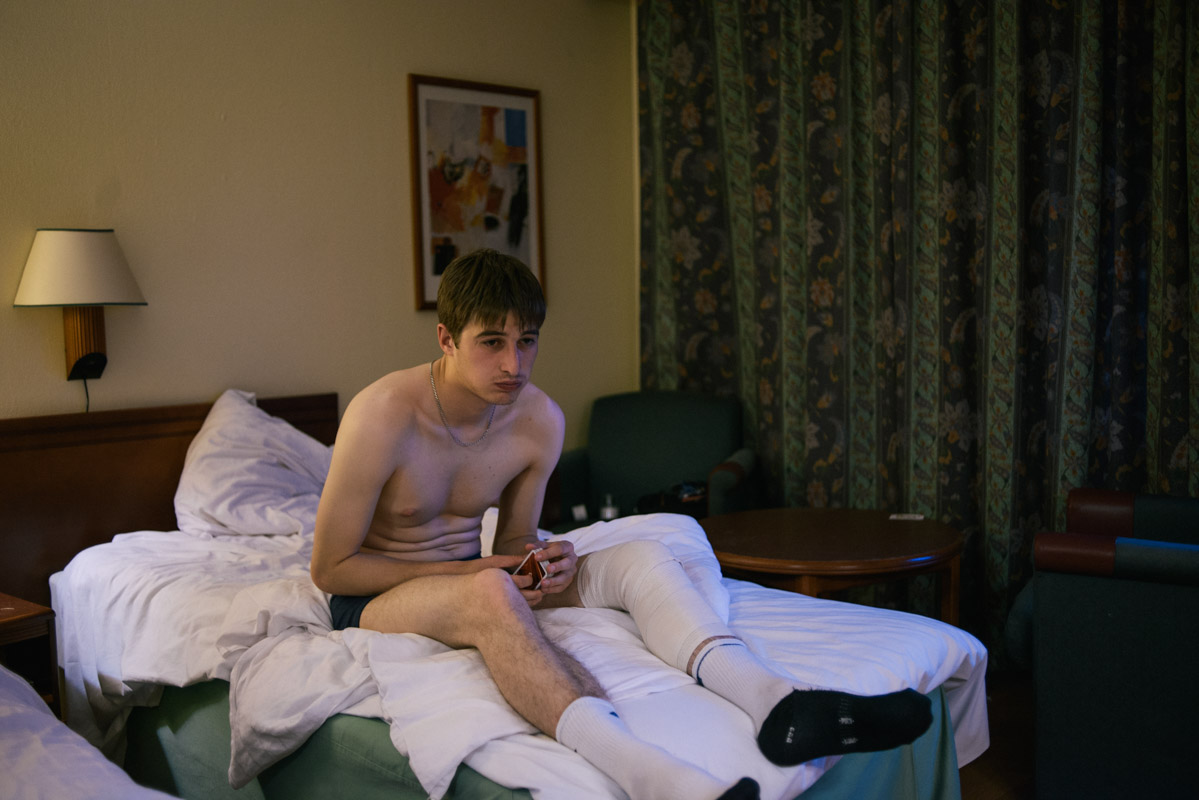 Taimuraz Tebiev, 19, in his hotel room. Part time goalkeeper and part time student of Economics in the Russian city of Vladikavkaz says: “I thought that winning the World Cup would have helped us to be part of FIFA. But this was our first tournament but we will train and I really hope we will win the next one!” 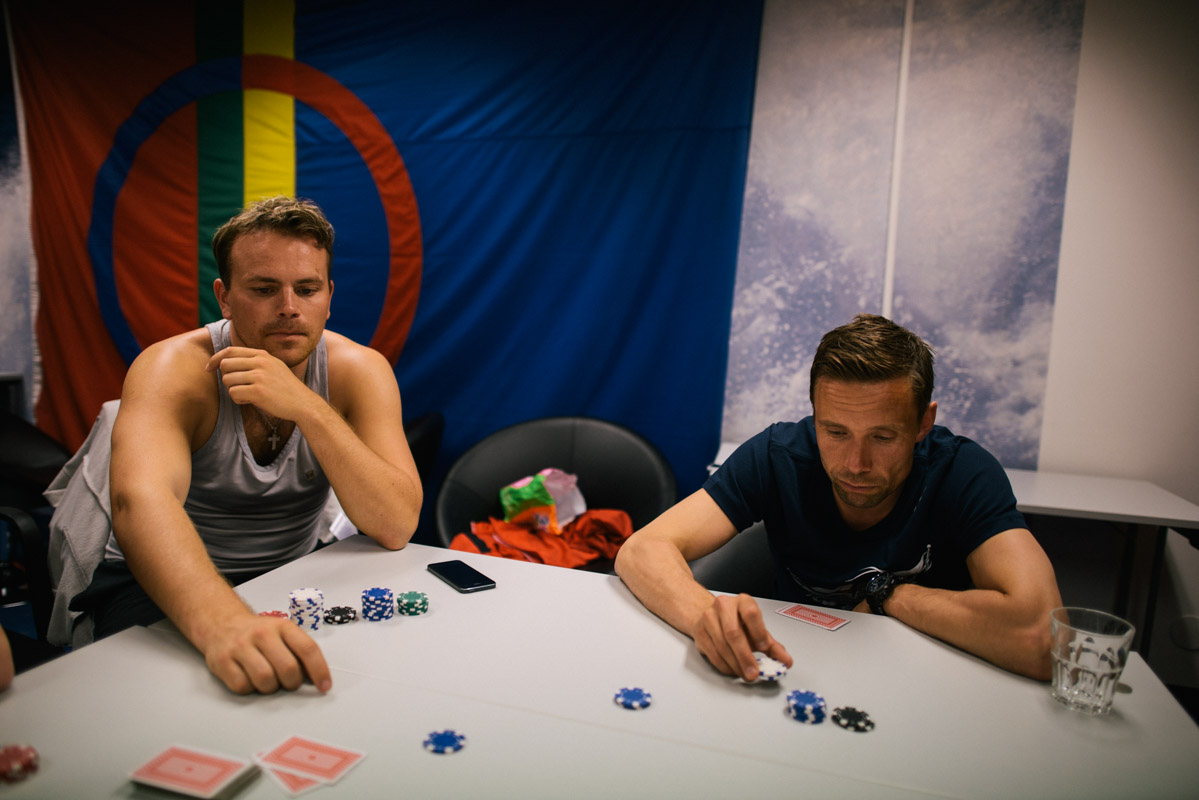 Evening in the hotel for the Sami players of Sapmi. (on the back the flag of Sapmi). 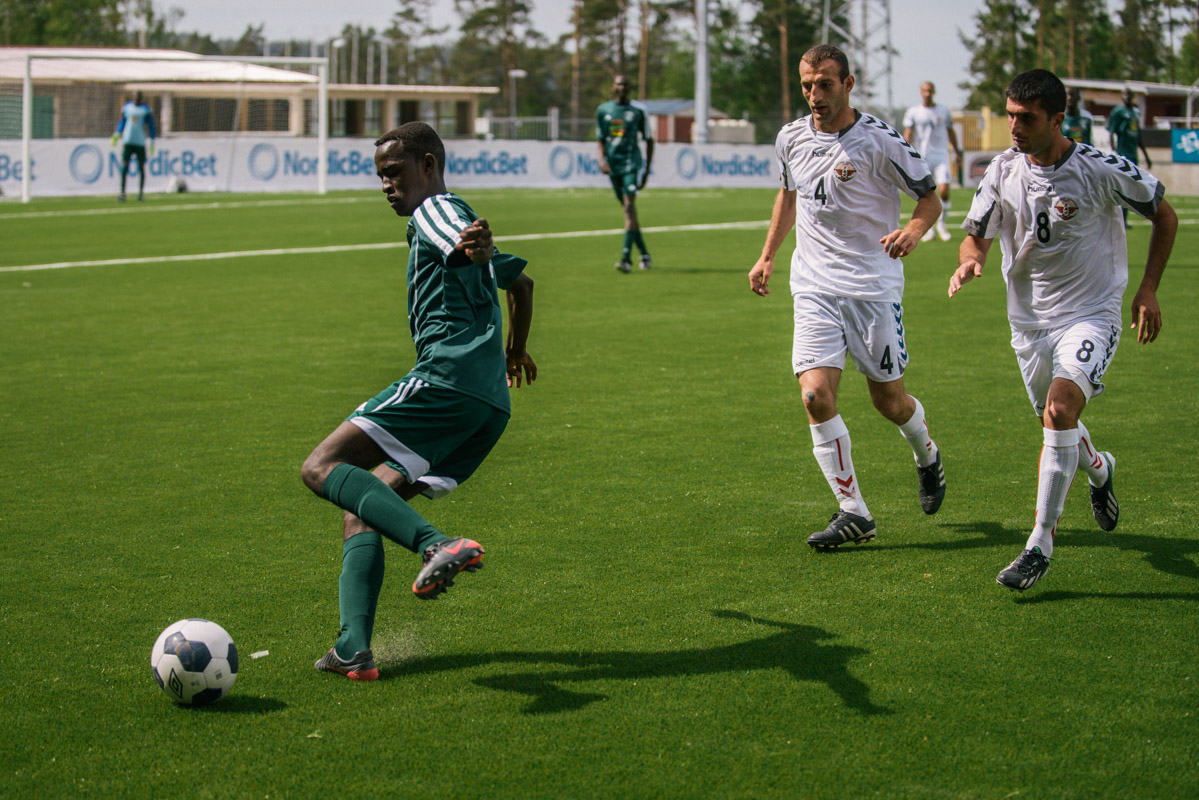 The team of Darfur United (here against Nagorno Karabakh), lost every match without scoring a single goal.The team was founded by the NGO I-Act to bring attention to the people of Darfur who, after being forced to flee Sudan, live hopelessly in refugee camps in Chad since 11 years. 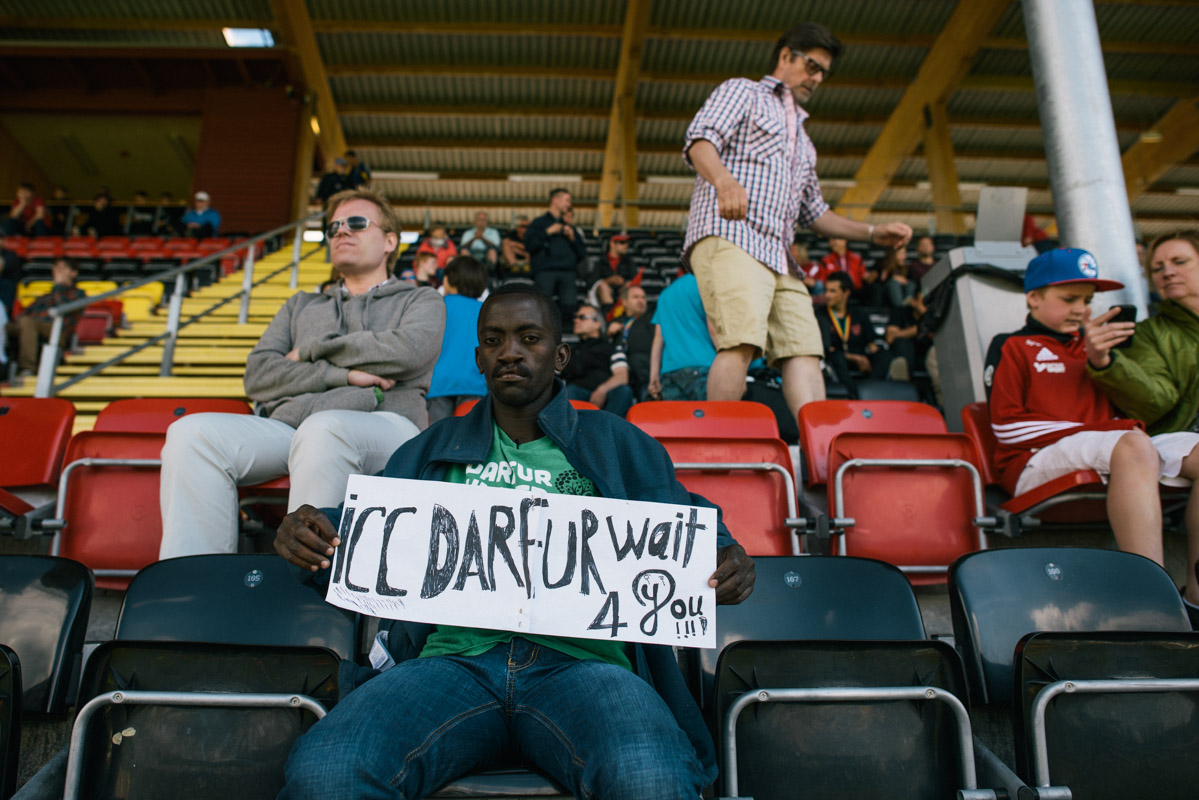 Ismail Abdulrhman, 25, player of Darfur United hold a small banner saying “International Crime Court Darfur is waiting for you”. He hopes to bring back Darfur into the international agenda. During the competition one member of the team, seeing no future back home, decided to hide and went missing in Sweden. 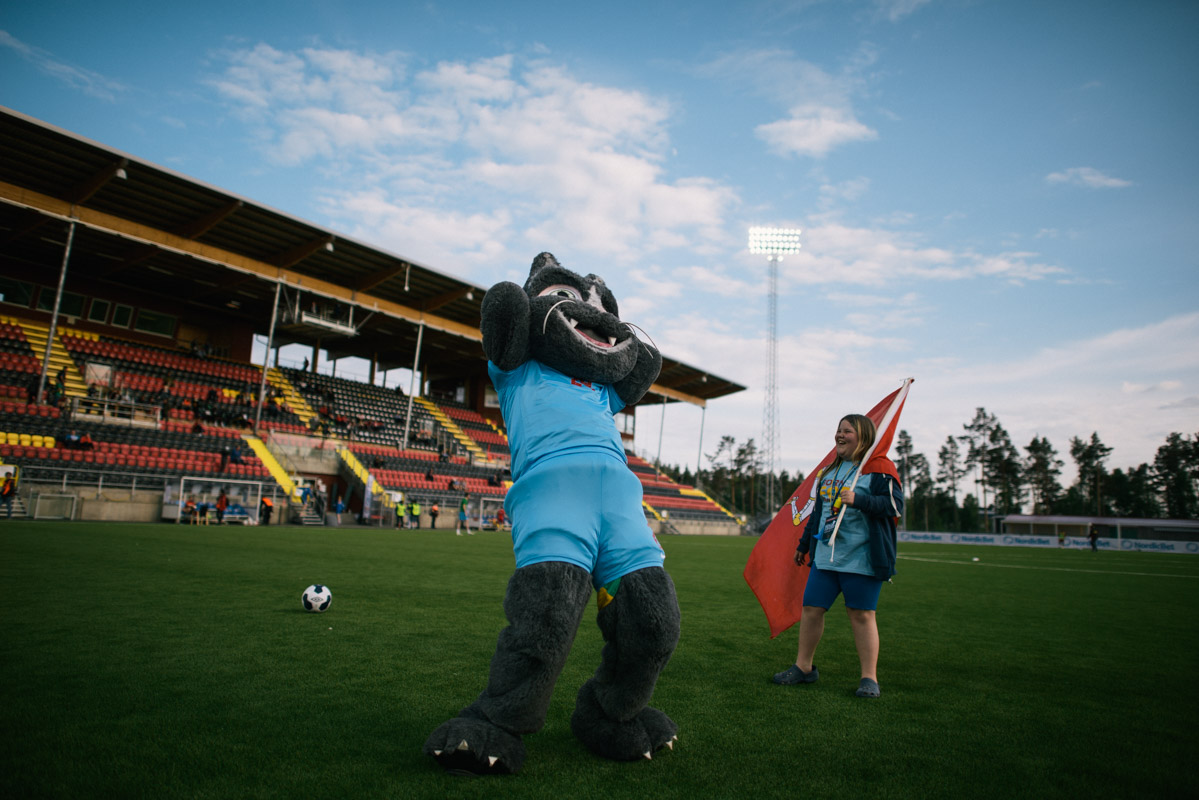 A young supporter of Ellan Vannin and its Mascot. Ellean Vannin collected more than 10,000 pounds to contribute to the travel expenses of the team of Darfur United. 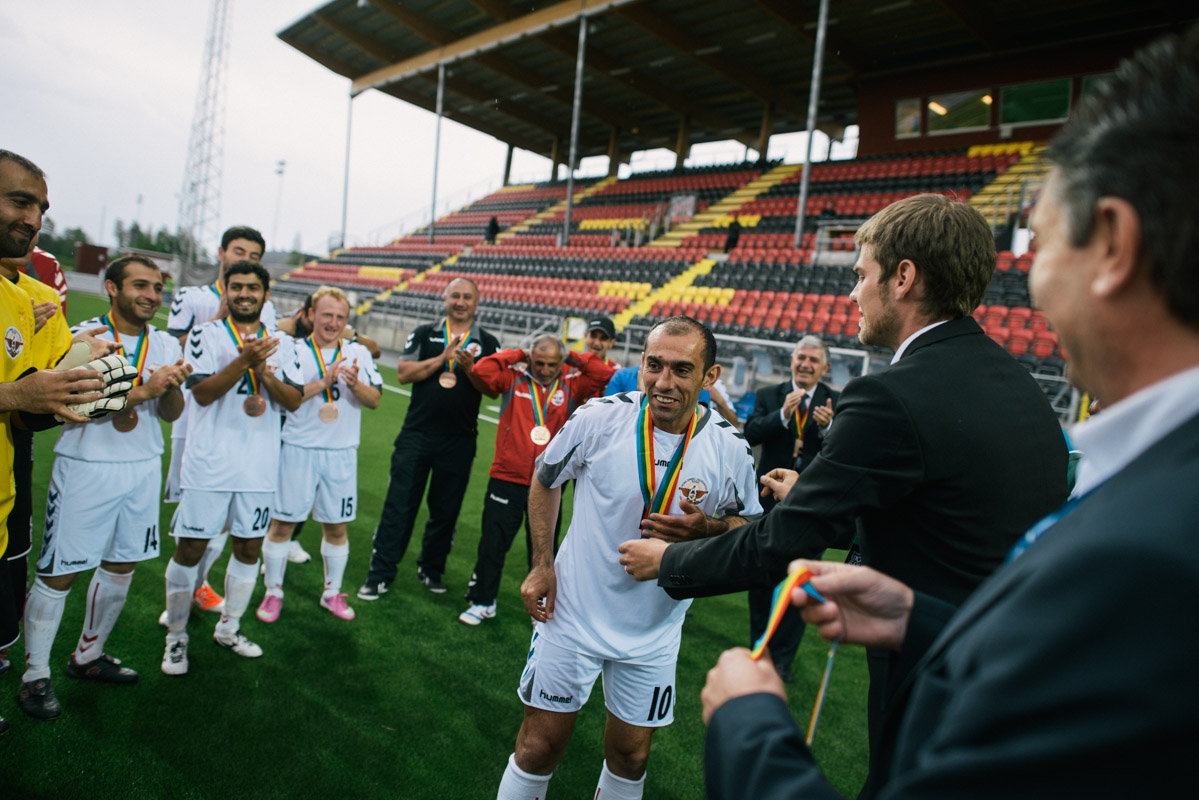 Nagorno Karabakh during the medal ceremony. They placed 9th in the tournament. 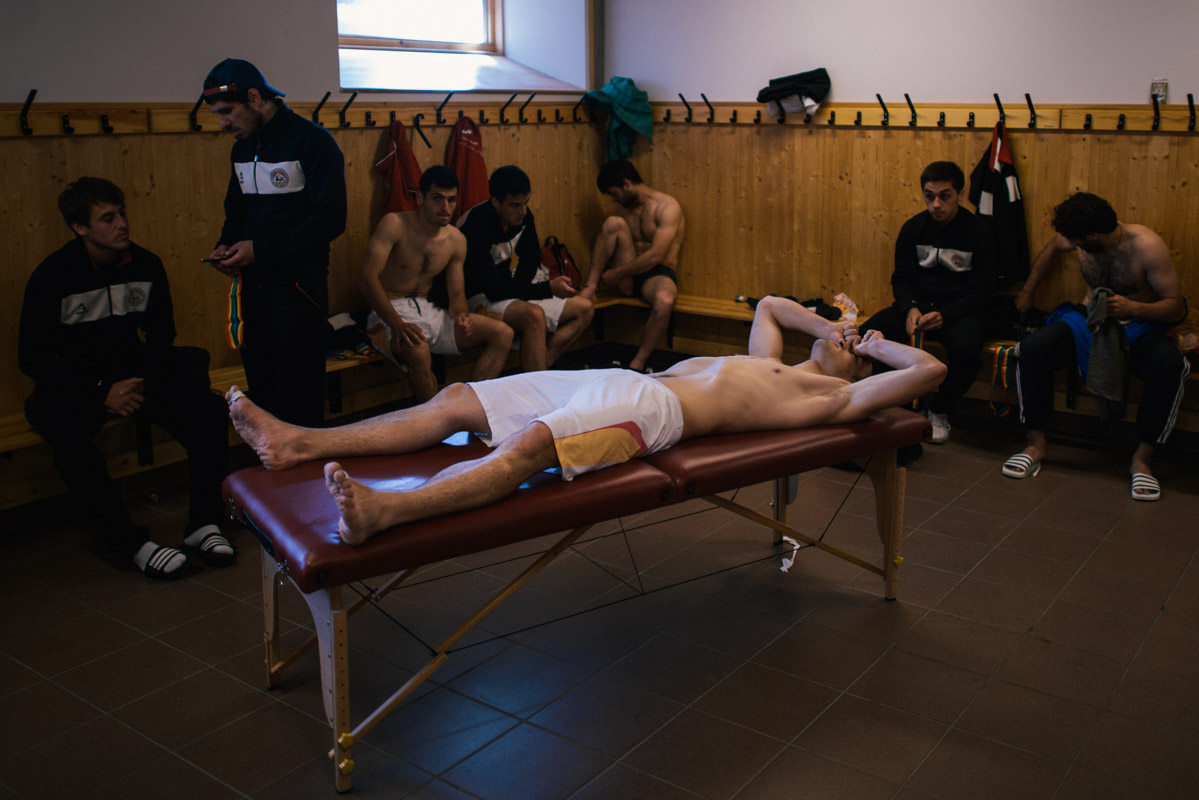 Lockroom of South Ossetia after they lost the semi finals against Arameans Suryoye. 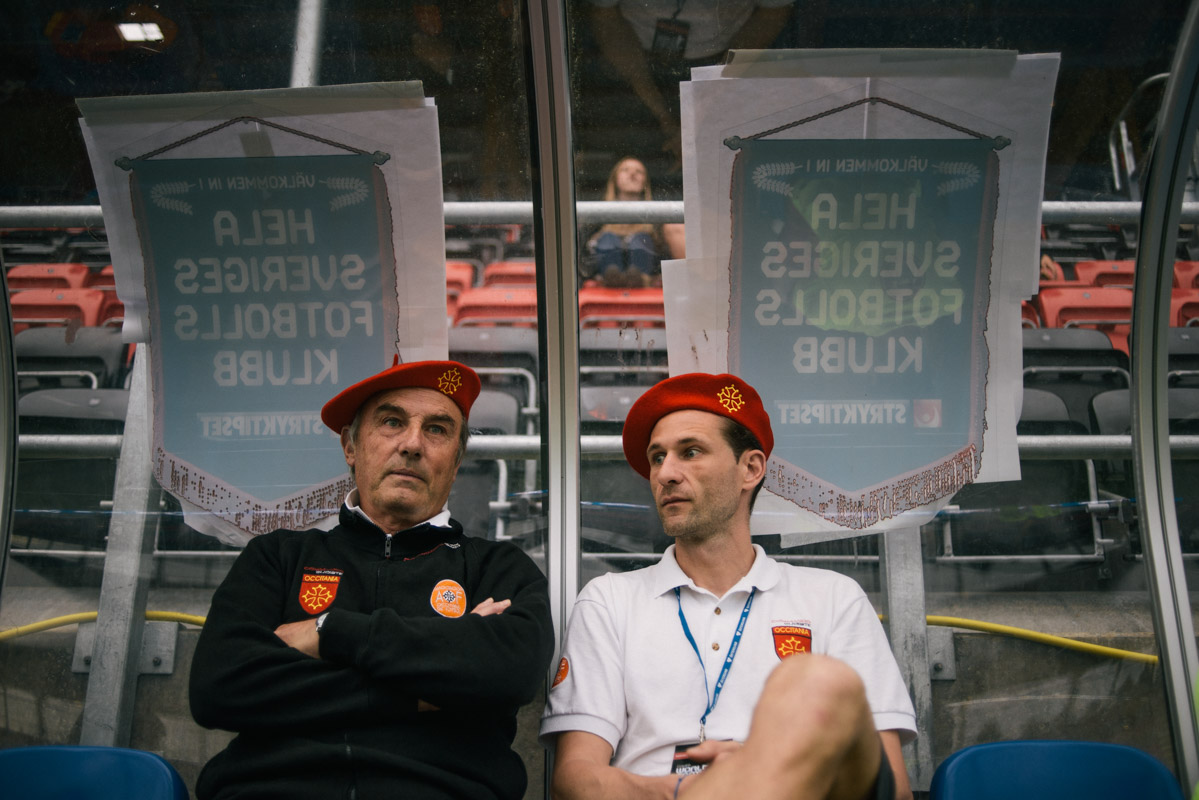 Coach of Occitania during a match. Occitania also sometimes lo País d’Òc, “the Oc Country”), is the historical region in southern Europe where Occitan was historically the main spoken language. This cultural area roughly encompasses the southern half of France and smaller parts of Italy and Spain. 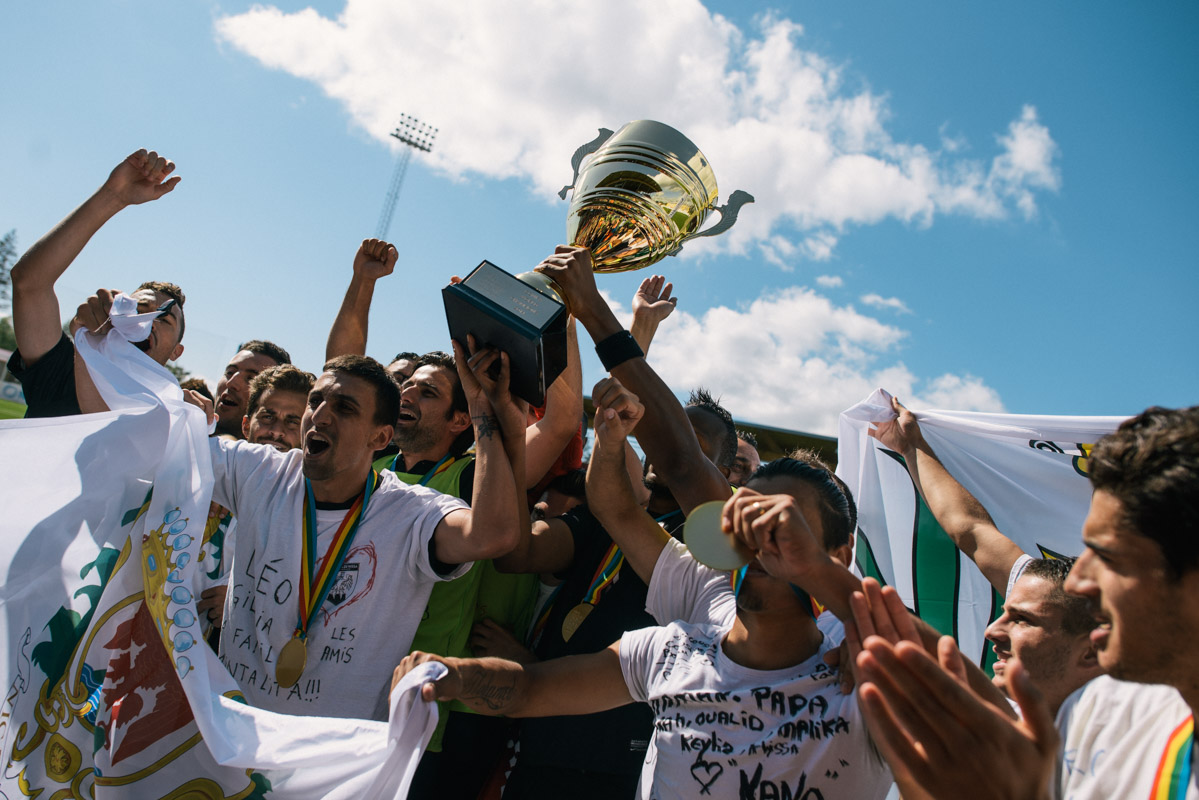 Contea de Nissa celebrates the victory of the CONIFA world cup. Contea de Nissa, a country between modern-day Italy and France, ceased to exist in 1860 when it was annexed by France. 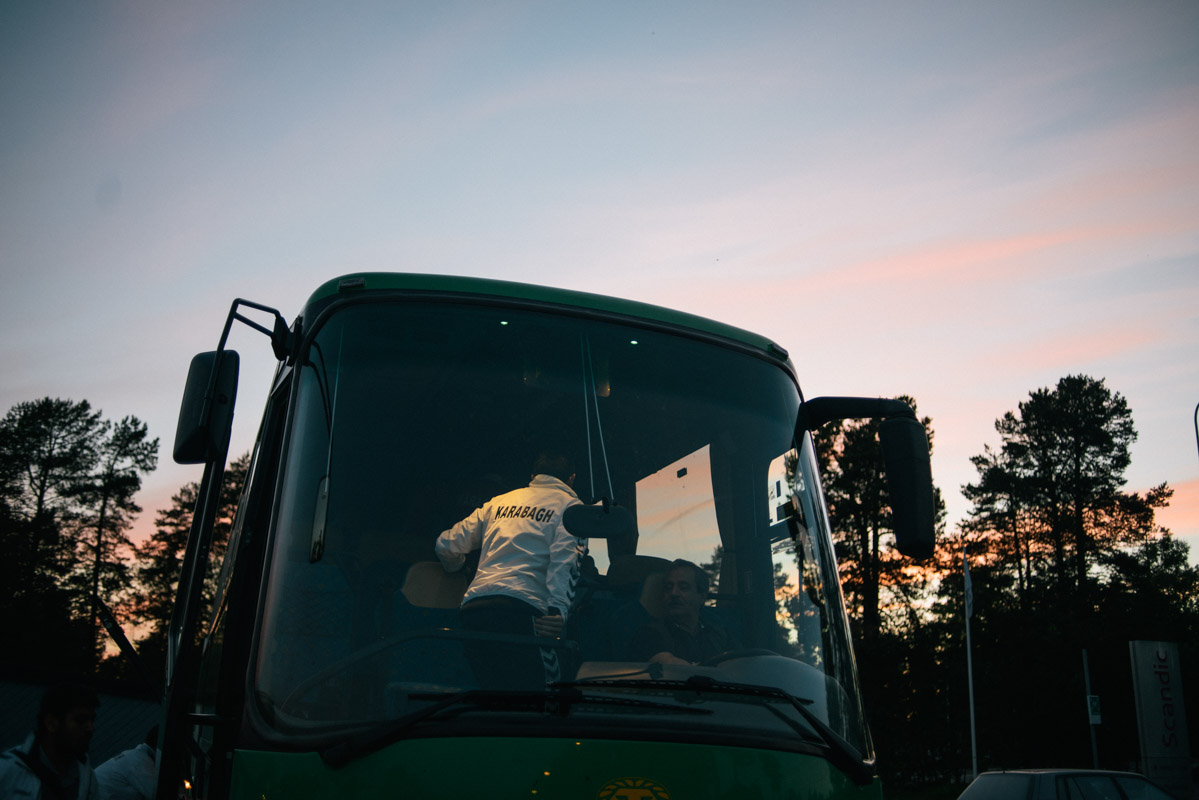